We can provide a detailed inspection by way of a HomeBuyer Report or Building Survey. You may not require a mortgage but want the peace of mind you will get from obtaining an inspection and valuation report. The HomeBuyer Report (Survey & Valuation) combines a survey with a valuation at a price point which is within most people’s budget.  A more detailed Building Survey can be provided if required.

There is much confusion and mystery over the various options and types of Survey available to the prospective house purchaser, so I will try to demystify it once and for all.  It is however correct to consider there being three main categories:

Scheme 1 (S1) – Mortgage Valuations, Remortgage, Further Advance.  For the purposes of clarity, all the above are the names attached to report types which include a valuation figure and are used by lenders for mortgage lending purposes. Each Mortgage Lender has their own report format and specific requirements as to what is to be reported on and the emphasis to be placed on what aspects of the property.  This will depend upon the Lender&#39;s individual lending policy, tolerance to risk and proposed use, (such as Buy to Let mortgages).

It is therefore recommended that as a Purchaser, you should always commission your own Survey Report. The report is prepared with the individual Purchaser’s requirements in mind. The report will highlight whether there are any major misgivings, which will be reflected in any Valuation; assuming that one is to be provided.

Valuations are carried out by RICS registered valuers. All valuation reports, whether for a mortgage lender or privately commissioned comply with the Red Book Practice Statements and Guidance Notes (hence, Red Book Valuation).  The process of gathering and recording data is essentially the same for all valuations, and certain minimum levels of content must be reported.  Therefore, the only real difference in the various valuations is what information is reported and the format, which depends on the client and specific use of the report.

Market Value is defined as:

‘The estimated amount for which an asset or liability should exchange on the valuation date between a willing buyer and a willing seller in an arm’s length transaction after proper marketing and where the parties had each acted knowledgeably, prudently and without compulsion.’

The Home Condition Report (HCR), was originally intended to be a mandatory document of the Home information Pack (HIP).  The report can be used by the Vendor in order to highlight any issues that may arise, which could cause delays and price reduction during the sale process.

The new HBR is similar in appearance to the HCR, however, it goes into much greater detail and provides additional advice in an easy to understand, non technical way.  It covers all the main aspects of the building structure, house fabric, services and includes the garage and grounds.  It also touches on potential legal issues and health and safety considerations.

The HBR can be seen as a straightforward easy to read and understand report that covers all the same aspects as a Building Survey, but perhaps in less detail. It is suitable for most types of property, but should not be used for older buildings, pre-Victorian or some non-conventional structures.  It allows the prospective purchaser to make an informed decision as to whether or not to proceed, or whether to re negotiate the price and perhaps proceed subject to conditions.

The HBR can be provided with or without a valuation. The valuation is a Redbook Valuation and abides by all the standard conventions including the definition of market value.

When carried out in combination with a Mortgage Valuation, is sometimes referred to as a Scheme 3 (S3) It is often quite wrongly referred to as a Structural or a Full Structural Survey by both people inside and outside the industry.  It was decided some time ago by the respective professional bodies that the only people entitled to use this terminology were Structural or Civil Engineers.

At the same time RICS agreed to use ‘Building Survey’ for a more detailed investigation and report for the purposes of determining the condition (Unfortunately, the majority of people including those within the industry appear to have forgotten this agreement.) BS are more technical and more suitable where a more bespoke report is required possibly where the building is more unusual because of its age (and possible listed buildings), type of construction or proposed use.

It should be noted that the RICS Building Survey – does not include a valuation, though a separate valuation report can be commission if required.

Irrespective of what type of pre-purchase report you commission, you should always speak to your Surveyor before he proceeds, to ensure that your Surveyor not only has an understanding of what your requirements are, but that your expectations are realistic and that he is able to meet them.

Get in touch to book a survey or request a quote! 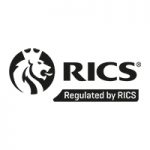 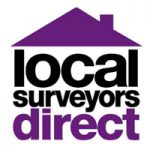